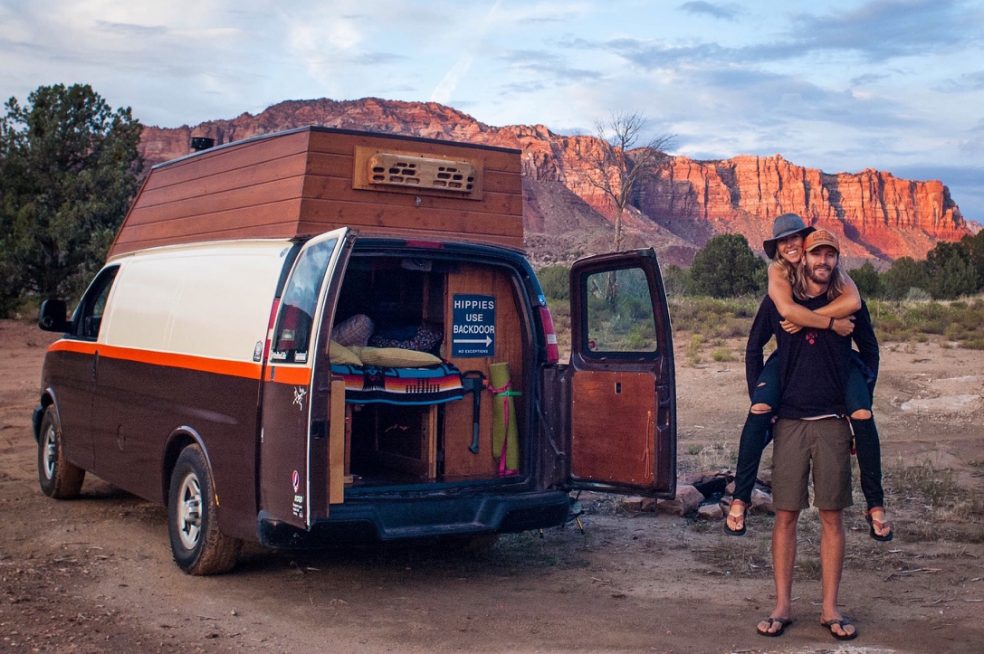 Sarah and Matt Parks lived in a 1978 VW Westfalia before they decided to build a new rig using a newer Chevy van as a platform. What are the benefits of using a newer platform? Easier to heat during winter, more storage, less maintenance. Sarah and Matt along with their new rig will be featured in our upcoming book, aptly called Hit the Road Jack due out towards the end of the year.

This build will be featured in our upcoming book Hit the Road, Jack. Due out next year.

Imagine waking up each day in a stunning new location, stepping outside your home, grabbing your surf board and hitting the waves. Kiwi electrician Johnny Johnston is living that dream, traveling and working all over New Zealand while hunting down the countries best surfing locations all in his converted van.

Johnny’s van is completely self contained, with toilet, kitchen, living area, bed and of course stunning and ever changing views. As an electrician he has installed an impressive solar system in the van to keep his adventures powered up and to help make his van home regardless of where it’s parked up… 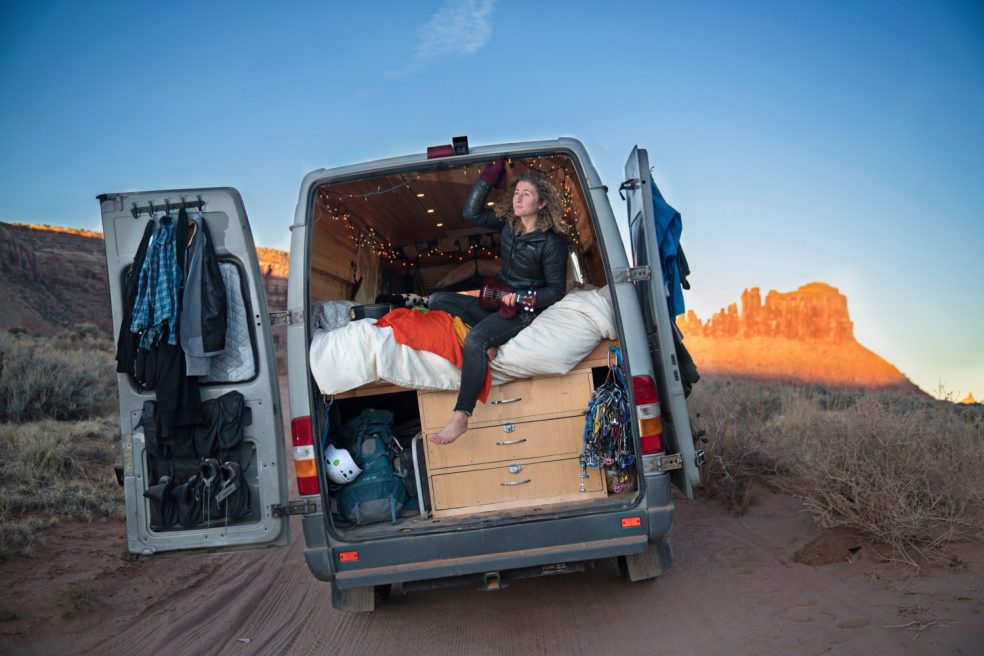 We are doing a book on adventure rigs, and we are looking for custom trucks, vans, cars, and trailers that you use for adventuring around the world.

Would you like to be a part of the book? Please send Evan an email with a little information on your rig — as well as a picture — to evan@shelterpub.com. 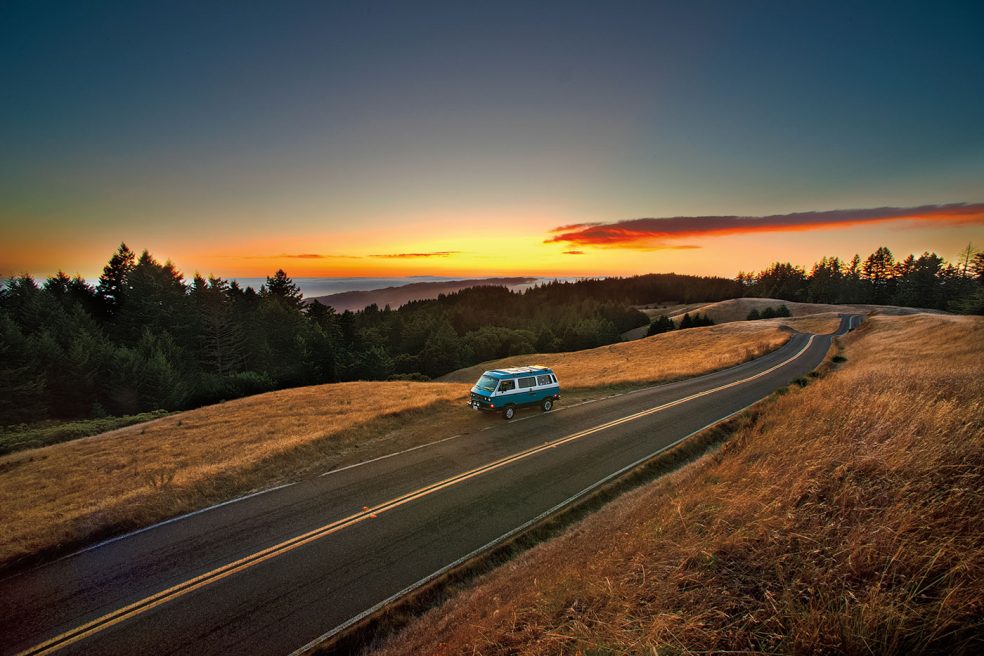 The VW Westfalia is an iconic vehicle, and to me, Thomas J. Nugget, or Nuggs for short, is my symbol of freedom. Nuggs is a 1989 Volkswagen Westfalia camper van. 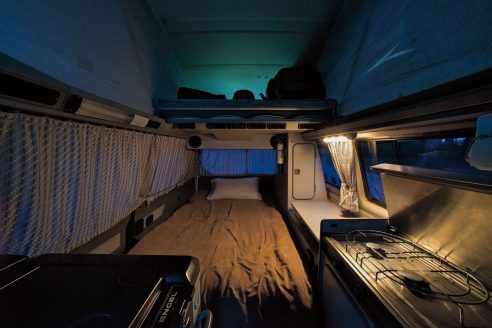 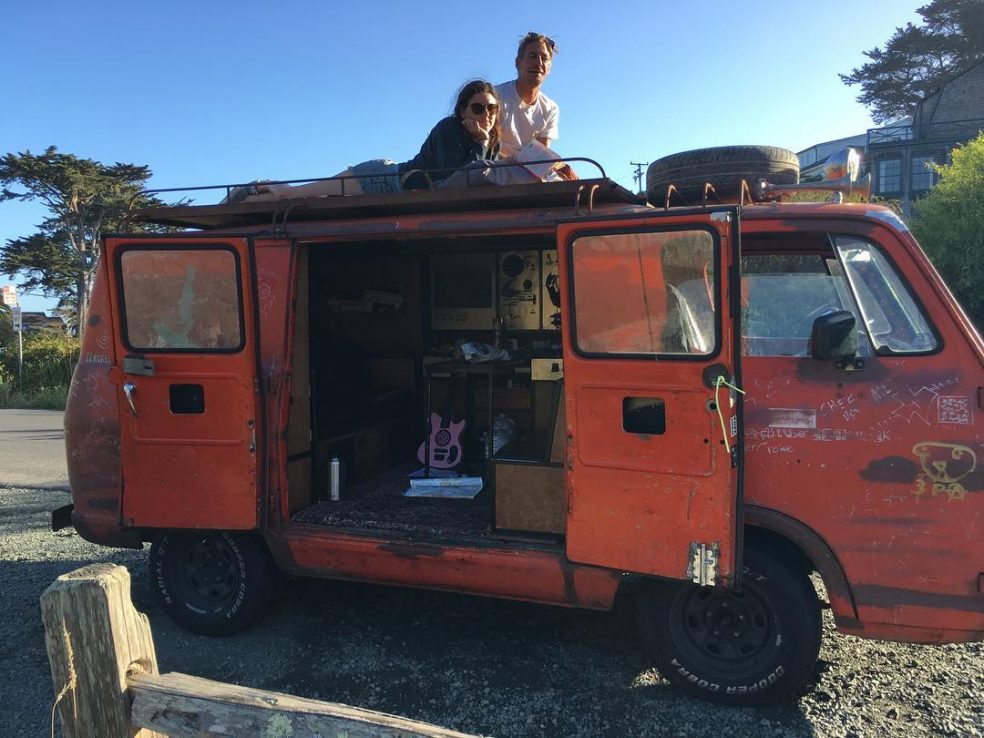 Surfers Dave and Lydia in their funky-on-the-outside, spiffy-on-inside mobile home/analog recording studio. Dave knew who I was when I asked if I could shoot a photo, said our books have influenced his life. This Dodge van has a souped-up motor. Stealth vehicle.

At just 21 years old, Milla Delphine knows what she wants in life and has a plan on how to get it. Ever since she was little, Milla has dreamed of living on a sailboat. Converting a van to live in full-time was initially just a plan to allow her to save more money in order to manifest her nautical dream; yet in the process, Milla has completely fallen in love with van living…

If you’ve ever dreamt of living the van life and traveling the world, then this is a project that you need to see. Michal and Hana (originally from the Czech Republic) arrived in New Zealand with one year to travel the country. In order to make their journey comfortable, they set about converting an old Ford Transit ambulance into a stunning home on wheels.

Outside, the camper van is certainly inconspicuous and can easily be used for stealth camping when the couple wish to sleep in more urban areas. The van is completely self-contained and certified, which means that it has the ability to legally park in a wide variety of wilderness areas throughout New Zealand.

Gypsy vardo wagons have become something of a symbol of freedom. The home of the traveller, yet home none-the-less. For Frenchy, a young woman from Wellington, New Zealand who works in performance arts and frequently travels, building her own Gypsy vardo–style Caravan was the ideal housing solution…

I met Cyrus while we were working on our book Tiny Homes on the Move. He is a talented filmmaker, surfer, traveler, van hacker and an all-around awesome person. He is in the midst of a new van build using a dually diesel Dodge Sprinter van and chronicling the journey for Reef.

I first moved into a van 10 years ago. It was a practical decision. I’d been commissioned to make a 16mm surf documentary and failed to negotiate a living wage for myself during the three years it took to make it. This oversight had me surviving on cans of kidney beans and needing a rent-free place to sleep while I traveled between Australia and Los Angeles shooting and editing… 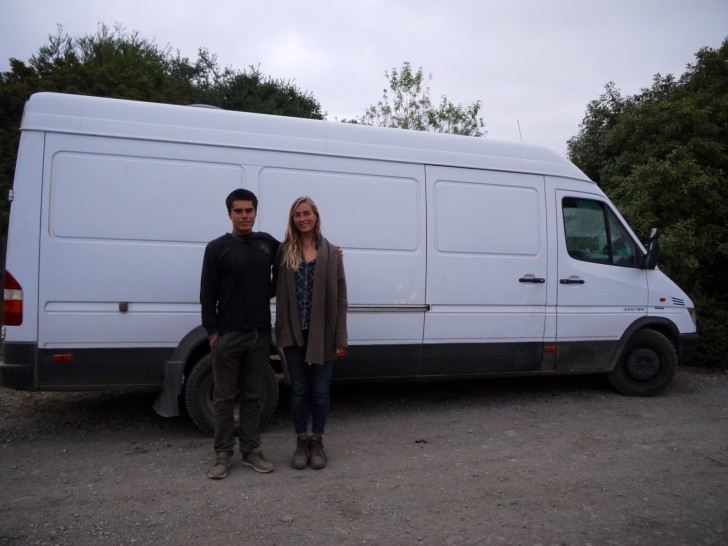 I met Cyrus the other year when we were working on Tiny Homes on the Move; he had just built a van for a trip down the West Coast in search for surf (featured in the film Compassing, below). He just sold the van recently to the owner of one of the local surf shops and happened to be in town for a week. Cyrus recently got the Mercedes-Benz Sprinter van and has plans to do some conversions soon.
END_OF_DOCUMENT_TOKEN_TO_BE_REPLACED

Categories: Nomadic Homes, Vans, Vehicles  Tags: Nomadic Living, Off-Road Camping, Surfing
Post a comment
12»Older posts
(15 per page)
Tiny Home on the Move
Fort Ross, Recreated Russian Fort on NorCal Coast
Do NOT follow this link or you will be banned from the site!
The Shelter Blog
Proudly powered by WordPress Theme: The Shelter Blog.